Meticulous Explication of Harassment in a Workplace 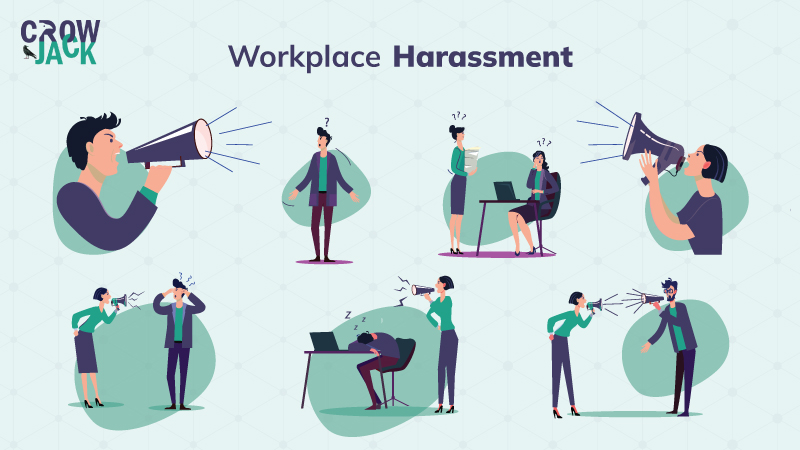 Workplace harassment occurs when employees in an organization or a specific community of employees feel threatened, intimidated, molested, or exploited by their colleagues or people holding higher designations in the organization. The purpose of the harasser in such instances is to instill fear or alienation in colleagues to make them feel unsafe and uncomfortable. Further, the mediums of harassment or mannerisms can largely vary from one instance to another. 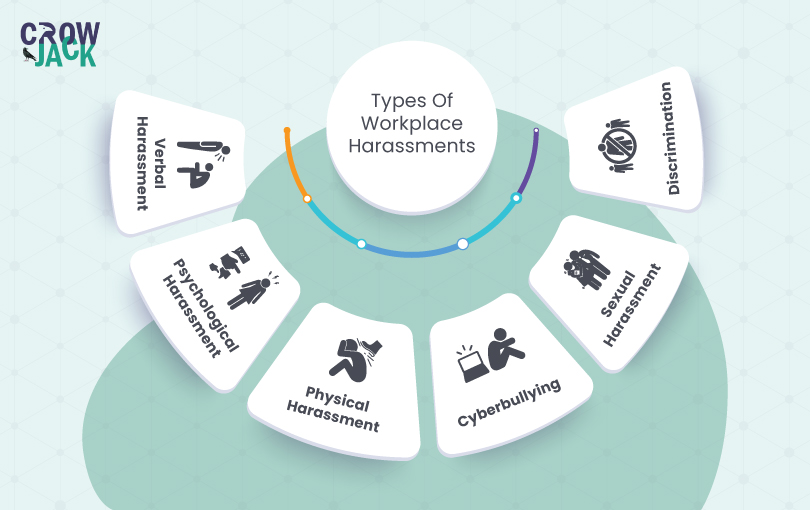 Acts of verbal abuse in the workplace include the use of abusive slurs, inappropriate jokes, verbal bullying, or any other verbal gesture that can be offensive to others. It may also include unwarranted criticism or lewd comments that instill feelings of fear or disrespect in people.

Incidents of psychological harassment in the workplace include stealing the credits of colleagues, setting unrealistic deadlines for subordinates, withholding important information, or expecting employees to work beyond their expertise. Such incidents subject employees to high stress and can lead to mental breakdowns and health and safety issues in a workplace.

Any kind of harassment that occurs through digital mediums is referred to as cyberbullying. It can occur in the form of texting, emailing, leaking personal details in cyberspace, or passing ill-suited comments through social media. These kinds of unethical business practices is executed with the intention of hurting, shaming, or belittling the targeted person. To validate, a recent study showed that 8 out of 10 people have been victims of cyberbullying in the workplace in the last 6 months.

Sexual harassment can be both physical and verbal and can victimize any gender. Obscene comments, unwarranted touch, and sending obscene messages or videos are all acts of sexual harassment. Besides, asking for sexual favors in exchange for obligations is also a form of heinous sexual harassment. In fact, as per the report, around 60% of the women claim that they experience ‘unbidden sexual advances, unwanted sexual attention or sexist comments in the workplace.

Discrimination in the workplace can occur on the basis of age, gender, disability, sexual orientation, race, nationality, or any other differentiation. This can be done with the intention of making someone feel inferior or with the intent of hurting the victim. In a workplace, it can occur between employees or between employer and employee. Moreover, this harassment can occur consciously or subconsciously because sometimes people unknowingly are inclined towards a person with the same practices, age, or nationality.

For a better comprehension of the issue, a case study of harassment as an ethical issue is presented, let’s dive into the case without any further ado.

After working for 14 years in Sydney Water as a liaison officer, in 2015, Yelda agreed to get photographed to promote a campaign named SafeSpine by Vitality Works to promote workplace health and safety. However, in April 2016, she found her photograph outside the men's toilet at Sydney Water’s facilities along with a caption written in bold letters “Feel great - lubricate!”. Yelda found this utterly humiliating and complained to her supervisor in the company. The supervisor accepted that the poster was inappropriate and even presented a written apology and immediately ordered the removal and shredding of all the Reem Yelda posters. However, the company failed to properly investigate the case and catch the culprit responsible for the act. Following this, Yelda filed a complaint against both stakeholders involved in the case, i.e. Sydney Water and Vitality Works.

After the investigation of the case, and the failure of the company in providing evidence of conducting the appropriate investigation, the NSW Civil and Administrative Tribunal found that the company was at fault under section 22B of the Anti-Discrimination Act 1977. As compensation for this unethical act, both the corporations were liable to pay $100,000 to Reem Yelda.

Key takeaway - With the assistance of this case study, we got to know that It is an obligation of the company to take strict actions against any report of harassment within a short time otherwise, they can land up in some serious legal trouble.