Nobody can deny the fact that the way social media platforms are gaining popularity, everyone's perception about sharing information is transforming with time. However, for every positive side of a coin, there is a negative side as well. In the same way that social media has brought the world closer together and made communication easier, the risks of misusing it are also increasing in every industry, including the corporate world. 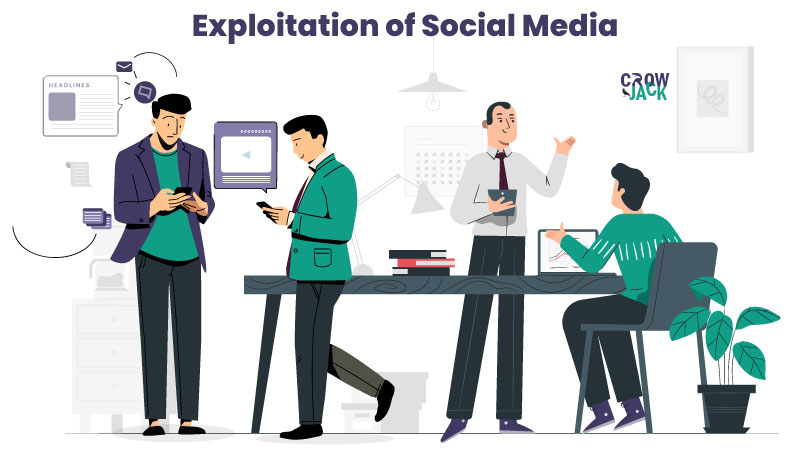 If companies use social media effectively, it can enhance a company's reputation, and relationship with internal and external stakeholders, and on the other hand, if not well managed it can come up with multiple risks of a privacy breach and divulgence of sensitive information. In the contemporary world, young employees are highly exposed to social media and its usage created a concern for employers regarding the disclosure of private information of the company based on some conflict of interest.

Further elaborating, below given are some of the ethical issues that can occur in a workplace due to social media.

Issues due to Exploitation of Social Media 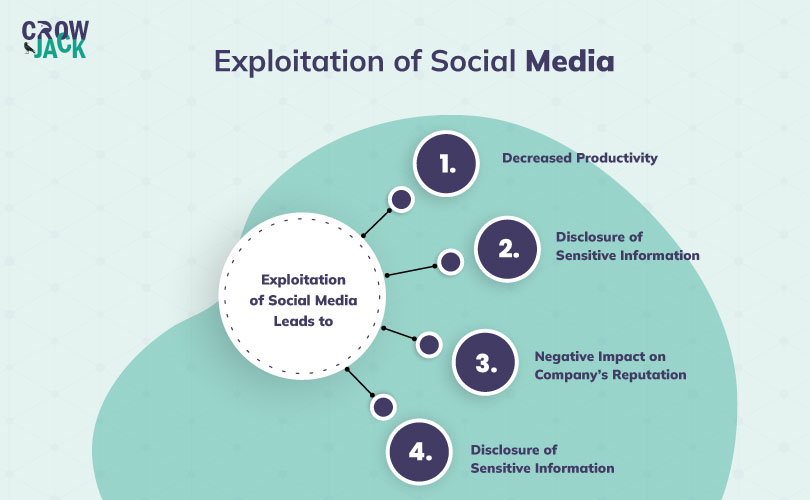 Social media has become a powerful and gravitating distraction for all including the working class as well. One major ethical issue affecting modern workplaces is the loss of employee productivity as employees overuse social media platforms like Instagram, Facebook, Snapchat, and so on. To substantiate, a study reveals that employees spend two hours per day on social media on average. Furthermore, among remote workers, the distraction by social media is an even more peculiar problem. Subsequently, increased social media engagement is leading to unethical behaviors in the workplace further translating to productivity issues.

It is often seen that in case of workplace conflicts or exploitation by colleagues, employees directly take to social media to express their outrage. They do not report the issue via the established organizational channels and rather directly escalate the issue in the public domain by posting about it on social media. Taking internal matters of the company on social media without reporting them to superiors is unethical as it leads to a dip in company reputation.

On average, 1 in 7 social media accounts is subjected to hacking or malware. Hackers can use private information shared through social media for causing harm to an organization or for different purposes. Besides, they can also hack the official company accounts and post misleading or inappropriate information that can affect the company’s perception as well as stock prices. For instance, in July 2020, Apple’s Twitter account was hacked as a part of a Bitcoin Scam, and that cyber attack had huge implications for Apple.

If a company faces any type of data breach, it is crucial for the company to publicly publish a data breach notification confirming the number and leaked information within a particular number of days published by the country or state.

Moving further, below mentioned are various methods in which employers can make sure that utilization of social media does not become an ethical issue in a workplace.

Risks of breach of any information can only be dealt with when an effective assessment of all the potential risks is conducted. Hence, it is extremely crucial for employers to identify all the risky factors that could lead to a company's loss of money or reputation so that in return, effective strategies to prevent the risks can be created and implemented. Risks may include employees connecting with the company’s competitors, cyberbullying of co-workers which is itself a form of workplace harassment, or loss of productivity that can also cause communication issues in workplace due to excessive scrolling on social media platforms.

Keeping a check on employees' social media activities will make sure that no employee shares any negative remarks or information about the company that can cause loss to an organization. Employers should make sure that they monitor employees' activities by informing and with the consent of employees, otherwise, they can be alleged of invading the privacy of employees.

Employers should clearly state their expectations regarding employees using social media during working hours during their onboarding process. This will assure that employees will not waste their time on social media or shopping sites.

There have been many cases in the past that reflected how big companies suffered due to employees indulging in unethical social media practices. Hence, for a better understanding, below given is the case study of a company that experienced serious consequences due to the disclosure of personal data by an employee on social media.

This is the case of a UK-based health insurance company named Bupa. In March 2017, an employee of the company extracted data from almost 547,000 international customers for personal monetary benefits.

The employee was immediately suspended and UK police arrested the employee for the violation of the Data Protection Act 1998. Moreover, the company also released a statement of taking full responsibility for the act and ensuring to increase the security measures to prevent any such occurrences.

However, along with the employee, the company also faced serious consequences of this unethical act. After the investigation, the UK's Information Commissioner's Office (ICO) stated that the company failed to ensure security measures to protect consumers’ data. Hence, the company was also liable to pay £175,000 to the nation.

Key takeaway - We discovered in this case study that the company was careless in not regularly monitoring the systems and was unable to detect unusual activity in the company's server. Furthermore, an employee of the company was engaged in unethical social media practices that were hidden from the company. As a result, both parties faced serious legal action.