All-inclusive elaboration of The Equity Theory 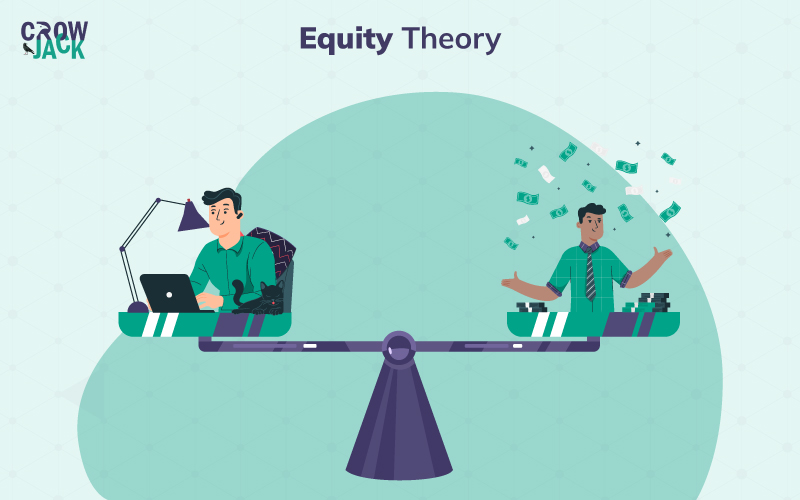 On the other hand, below mentioned are the outputs that are expected from the employer’s side

To continue, employees use 4 types of referents to calculate the fair balance of input and output of the efforts invested. Below mentioned are the 4 situational variables that can affect the outcomes of the referents.

1. Different positions in the same organization

Employees can compare the output ratio of the company when they have experienced two different positions in the same organization. This can occur due to either promotion or change in the department.

2. The same position in different organizations

3. With other team members of the same organization

The third situational variable occurs when the employees compare themselves with the other members of the organization. This is the most common form of comparison that occurs within an organization.

4. With employees of different organization

Last but not least variable is when employees compare themselves with other employees working in another organization of the same industry. This comparison usually occurs between friends, ex-colleagues, etc.

Adam created this theory based on the 2 assumptions stated below

Probing further, Below mentioned are a few strategies that can be implemented to avoid the imbalance of the inputs and outputs at the workplace.

Regular feedback sessions with employees will give a clear picture to the employees whether their invested inputs are on the right track or not. If not, how they can be improvised. This will ensure that the employees are aware of the deserving outcomes and have a valid justification for them.

Employers should always avoid discrimination based on race, religion, age, sex, or nationality because this will lead to demotivating employees and affecting their performance negatively. A common instance of this situation can be experienced on employer’s discrimination based on gender. To elaborate, it is observed that male employees often have higher paychecks compared to women in many workplaces.

3. Know the value drivers of your team

Satisfying outcomes can be different for every employee in different workplaces. Hence, it becomes an obligation for the employer to identify the rewards that hold utmost value for the employees. This will encourage them to work more effectively and efficiently.

5. Be transparent while rewarding

Whenever an employee is awarded promotions or other monetary and non-monetary benefits, other employees should be well aware of the reason behind it. Because that way employees will be able to know the bar they need to cross to get the desired reward and will calculate their outcome ratio according to that.

Moving ahead, implementing this theory can bring many benefits along and some of them are mentioned below

Importance of implementing the theory

Along with the advantages, some of the limitations also need to be considered while implementing this theory in the workplace

1. Lack of situational variables while comparing

The theory fails to address the situational factors that might influence the input and output of the employees. Factors such as family problems and intention of performing are neglected while conducting the comparison.

Another limitation of the theory is that all individuals are not the same and the efforts invested by every individual may not be equally efficient and effective while working in the same position. Hence, it may get difficult for the employer to provide the same amount of output to all the employees.

Moving ahead, relating the theory with a real-life example of a company practicing the equity theory will assist in understanding the concept in a more efficient manner.

HP or Hewlett-Packard Company is American multinational information technology that is famous for its hardware advancements across the globe. The California-based company provides employment to almost 51 thousand employees.

Accounted for handling such a big workforce, the company is also known for practicing the value of paying fairly and equally to all the employees in the company.

Moreover, the company claims that they set pay ranges for every employee based on the market data and prioritize the role and experience of the employees before deciding their salary package.

Last but not the least, the company believes in regularly reviewing the practices of compensation of employees' input in terms of the overall performance of individual employees as well as of the whole team to ensure that the salary package is fair and equitable.

This non-discrimination between the employees builds up the confidence and boosts the morale of the employees which further makes them more productive and motivated to work for the betterment of the company.

Key takeaway - Implementation of the equity theory in the workplace assists HP in enhancing the productivity of the employees by keeping them motivated and happy by providing equal pay and reviewing the compensation regularly.